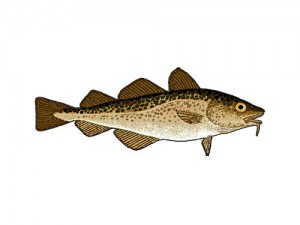 The term scrod is used to describe a size of fish rather than a species.

The term, which originated in New England, is used to describe either cod, haddock, or pollock that weigh less than 2 1/2 pounds.