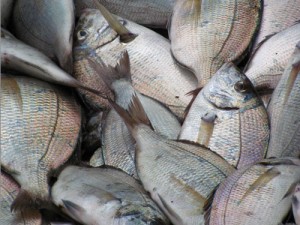 The Rhode Island Department of Environmental Management (DEM) recently announced that $380,000 is available to help grow Rhode Island farm and food businesses and increase the competitiveness of local products in the marketplace.

The funding is part of the Local Agriculture and Seafood Act (LASA) and Farm Viability grant programs – which combined have invested nearly $3 million to accelerate growth of Rhode Island’s green economy and support small businesses.

Up to $20,000 awards are available through the LASA grant program to help spur growth of local agriculture, aquaculture, and seafood industries. Eligible entities include new and small farmers, fishers, food producers, and non-profits. Both program and capital projects are eligible for funding.

Now in its fourth year, the LASA program is a public-private partnership administered jointly with the Rhode Island Food Policy Council – with generous funding support from the van Beuren Charitable Foundation, the Henry P. Kendall Foundation, and the Rhode Island Foundation. A total of $230,000 is available for the 2017 grant round.

To date, nearly $700,000 has been awarded through LASA across 50 projects statewide. For more information on the LASA program or to apply, visit www.dem.ri.gov/agriculture. Applications must be received by 11:59 p.m. on March 1. Awards will be announced as part of Rhode Island’s Ag Day celebration in the spring.

Grants ranging from $10,000 to $50,000 are available through the Farm Viability Grant Program, made possible by the U.S. Department of Agriculture (USDA) Specialty Crop Block Grant Program. These grants support local specialty crop production as well as efforts to grow the marketplace for these crops in Rhode Island. USDA defines specialty crops as fruits and vegetables, dried fruit, tree nuts, and nursery crops, including floriculture and turf grass.

Eligible entities include farmers or community groups engaged in research, marketing, food safety/security, plant health, buy-local initiatives, and/or development of cooperatives. Projects will be funded for up to two years. Funded projects must support the broad competitiveness of locally-grown specialty crops in Rhode Island.

Initiatives that benefit a sole commercial product or provide a profit to a single individual or group will not be considered. A total of $150,000 is available for this grant round. To date, nearly $2 million has been invested through this program to support growth of specialty crops in Rhode Island.

For more information on the Farm Viability program, visit www.dem.ri.gov/agriculture. Applications accompanied by a W9 form should be mailed to DEM Division of Agriculture, Room 370, 235 Promenade Street, Providence, RI 02908 and postmarked no later than March 31, 2017.

Rhode Island is a national leader in direct-sales to consumers, with approximately 40 seasonal farmers markets in the state’s urban, suburban and rural areas; seven indoor winter markets; and numerous pick-your-own and farm-stand operations.

In partnership with the Seafood Marketing Collaborative, DEM developed the RI Seafood brand to uniquely identify Rhode Island seafood in the marketplace and help local fishermen and distributors grow their businesses.

In 2016, more than 106 million pounds of seafood arrived at Rhode Island ports, with an export value over $1 billion. For more information on Rhode Island seafood, visit www.seafoodri.com.

For more information on DEM programs and initiatives, visit www.dem.ri.gov.